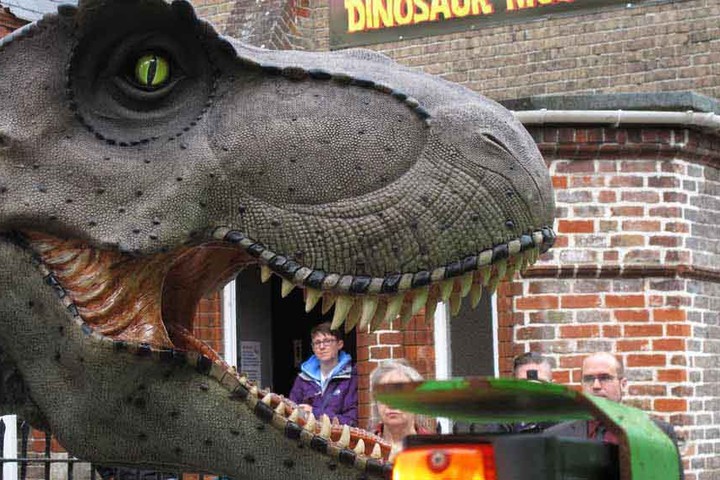 The Dinosaur Museum is searching for a name for its new arrival, a fabulous life-size reconstruction of a Tyrannosaurus Rex, which went on display at the Museum recently. The Tyrannosaurus has drawn a great response from the numerous visitors already. Now the Team at the Dinosaur Museum want help chosing an awesome nickname for the Tyrannosaurus. Many of the dinosaurs in the museum have acquired names over the years, such as ‘Tricky’ for the Triceratops, 'Percy', and ‘Dina’ the Corythosaurus”. It is only right that the new Tyrannosaurus is named as well. There have already been a few suggestions such as Terry, Boris, Rocky and Snappy. Add your idea to these - the wackier the better - when you mvisit the Dinosaur Museum. At the end of the summer the Dinosaur Museum Team will chose a name and there will be prizes for the best ideas. There is plenty to inspire some cracking names as this fierce predatory dinosaur leans forward in the attack pose with jaws open and sharp teeth at the ready!

The tallest dinosaurs were the Brachiosaurid group of sauropods. Their front legs were longer than the…
View more Dino Facts