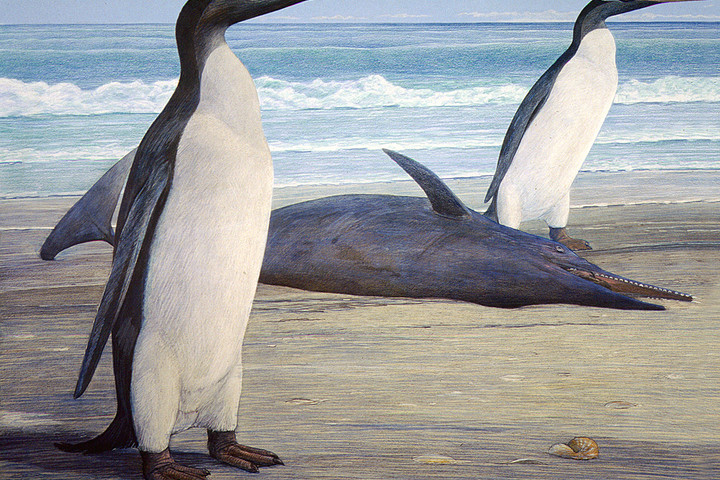 Giant Penguin's Roamed With The Dinosaurs

A recently discovered fossil of a giant penguin dates the penguin back to the Paleocene era and shows that the evolution of penguins started much earlier than previously thought. 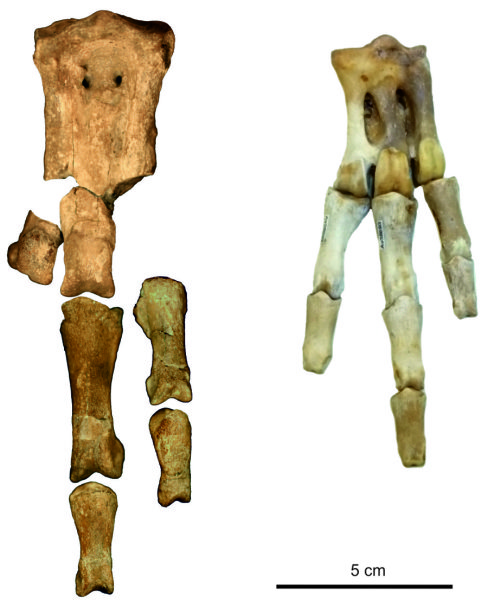 This recent fossil discovered along the Waipara River in New Zealand,  puts the length of the giant penguin’s body at about 150cm and dates back to the Paleocene era giving it an age of about 61 million years. This counts as one of the oldest penguin fossils found in the world. These bones also differ from other penguin discovers of a similar age and indicate that there was a lot more diversity in Paleocene penguins than previously thought.

The study published “The Science of Nature,” suggests that the evolution of penguins began much earlier than thought, beginning during the age of the dinosaurs. Dr. Gerald Mayr an ornithologist from Frankfurt explains  “ What sets this fossil apart are the obvious differences compared to the previously know penguin remains from this period of geological history. The leg bones we examined show that during its lifetime, the newly discovered penguin was significantly larger than its already described relatives. Moreover, it belongs to a species that is more closely related to penguins from later time periods.”

You can learn more about this discovery here:

One of the most intelligent dinosaurs was Troodon. It was a hunting dinosaur, about 2 metres long, and…
View more Dino Facts