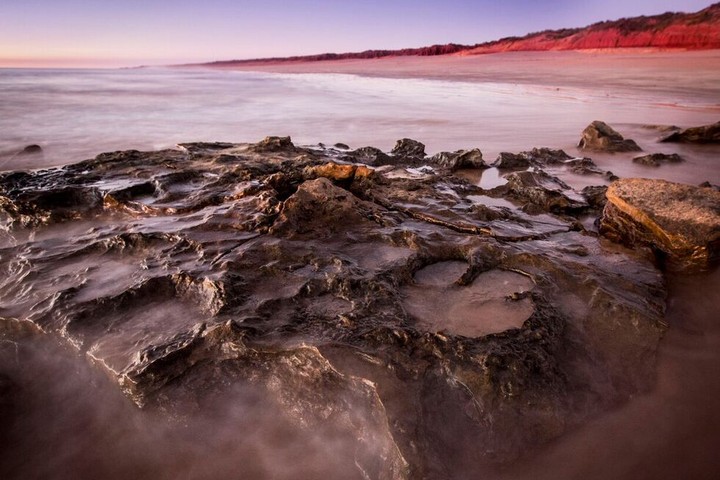 Largest Dinosaur Footprints in the World Discovered in Western Australia

A discovery of over 21 different types of dinosaur footprints has been unearthed including prints left by gigantic herbivores.

These large footprints measuring 1.7 meters have been found breaking the previously set record of 106cm discovered in Mongolia last year. 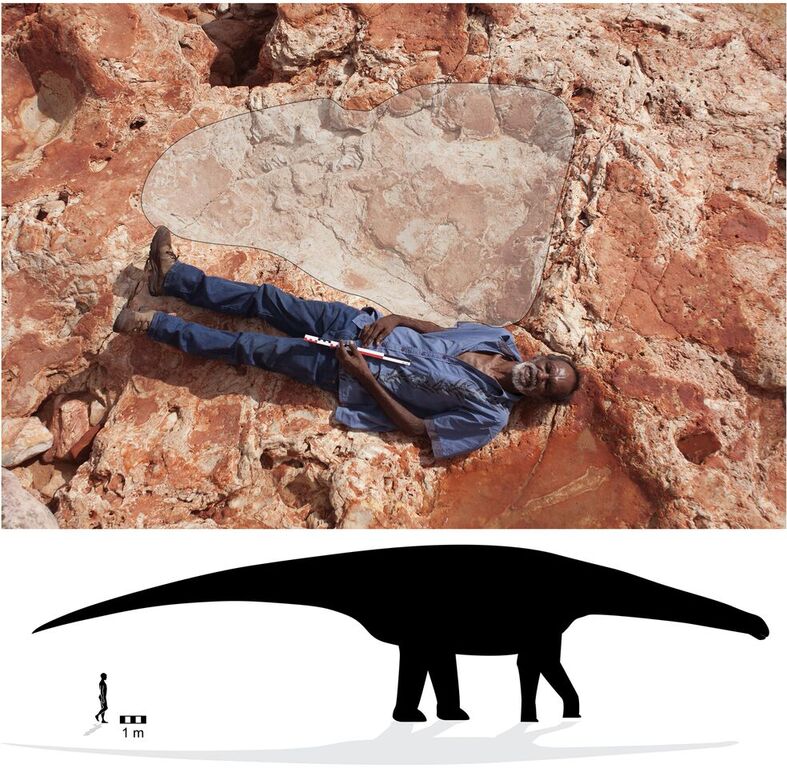 Of the tracks found Dr Steve Salisbury a lead author of the study and palaeontologist at the University of Queensland shared the importance of these findings, “There are thousands of tracks around Walmadany. Of these, 150 can confidently be assigned to 21 specific track types, representing four main groups of dinosaurs. There were five different types of predatory dinosaur tracks, at least six types of tracks from long-necked herbivorous sauropods, four types of tracks from two-legged herbivorous ornithopods, and six types of tracks from armoured dinosaurs. Among the tracks is the only confirmed evidence for stegosaurs in Australia. There are also some of the largest dinosaur tracks ever recorded. Some of the sauropod tracks are around 1.7 m long.” 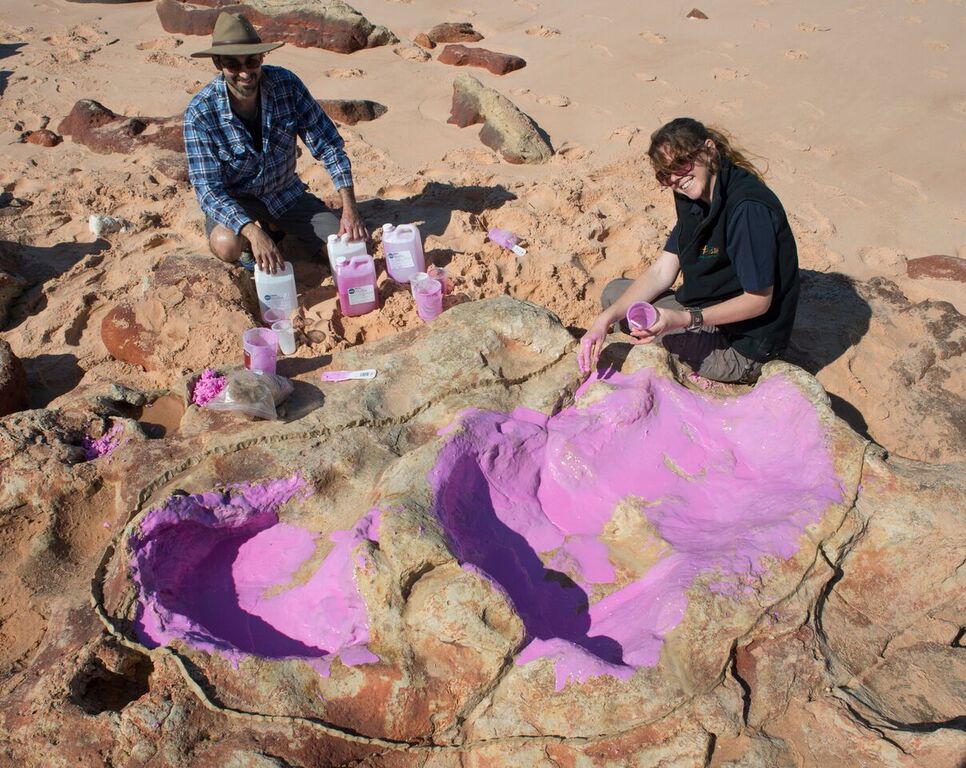 Image of Palaeontologists from the University of Queensland By Damian Kelly

Dr Salisbury also shared how important these findings are to our understanding of dinosaurs in the western half of the continent, “It is extremely significant, forming the primary record of non-avian dinosaurs… and providing the only glimpse of Australia’s dinosaur fauna during the first half of the Early Cretaceous Period,”

“It’s such a magical place—Australia’s own Jurassic Park, in a spectacular wilderness setting," Said Dr Salisbury.